About Nwain:
The story follows Nwain, a knight who wanders dreamland in search of home.  She fights monsters, joins tournaments, solves disputes, and helps others face their nightmares, until she must face her own.

An animated webcomic, Nwain: The Knight Who Wandered Dream uses a combination of animation and graphic novel techniques to bring Nwain’s story to life. The comic is available to read for free at Nwain.com.

Support Nwain on Patreon, send a contribution with Cash.me, or browse the Nwain Gumroad shop. 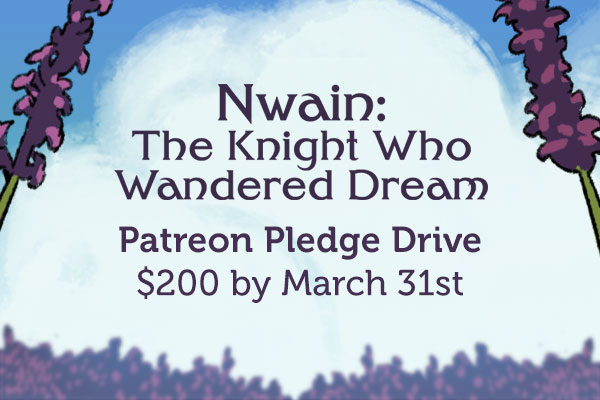 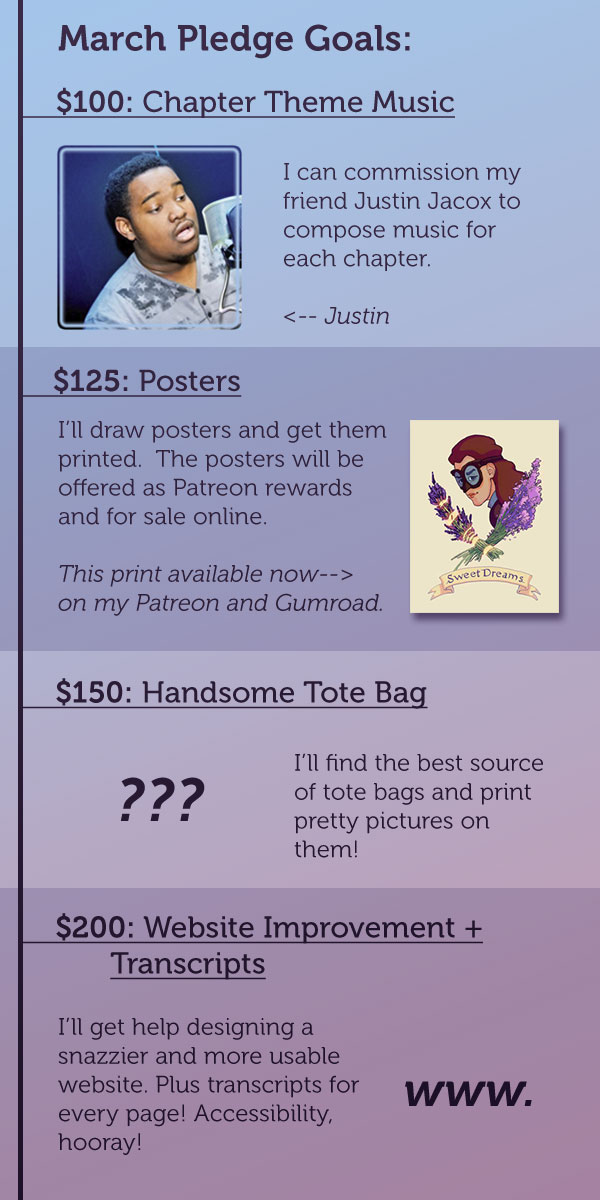 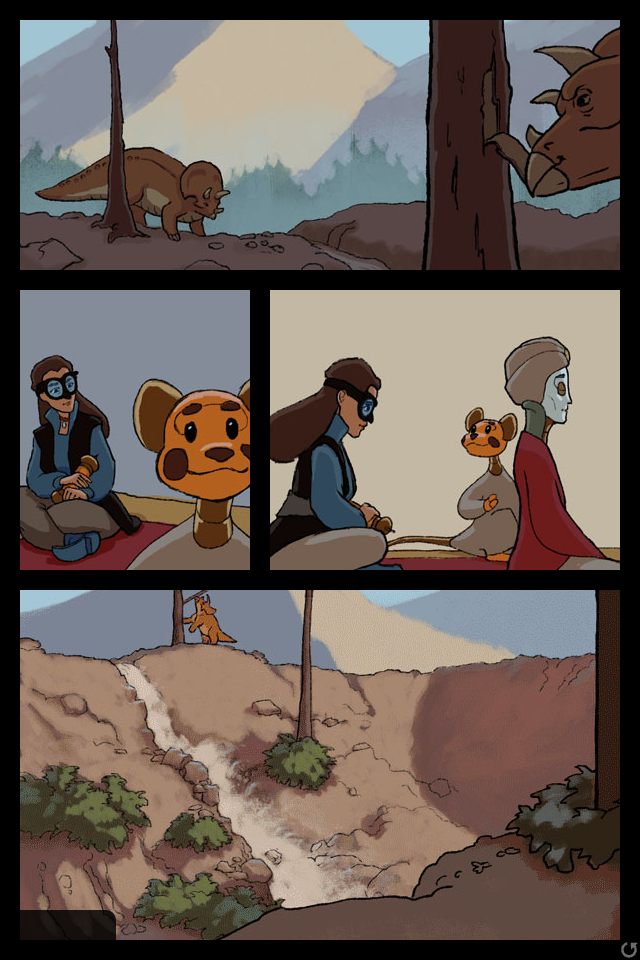 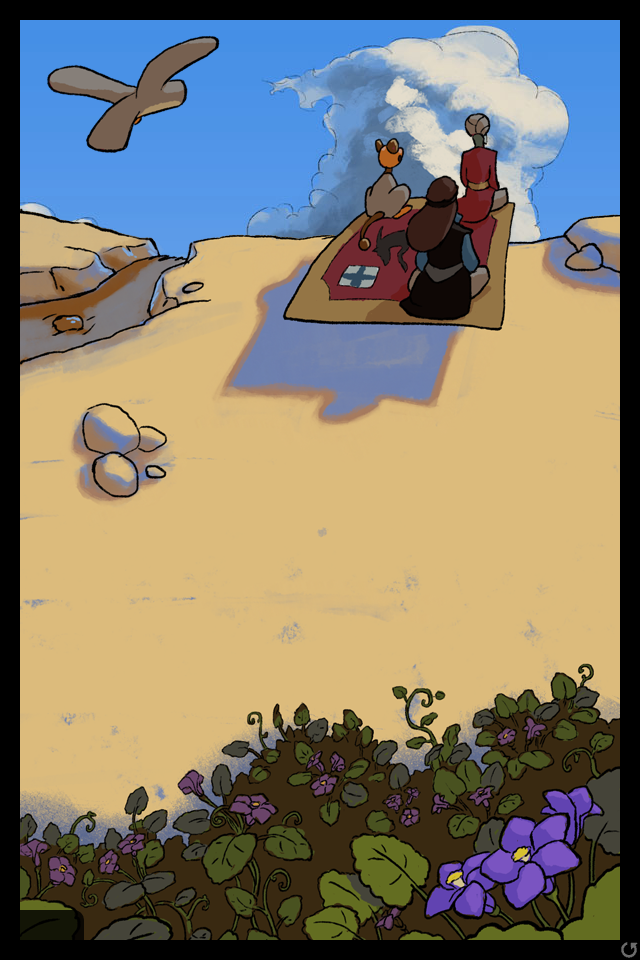 Nwain is my ongoing animation/comics project.  It contains short animation clips arranged in a comics page format; the reader clicks each panel to see the animation, and to read at their own pace.

I created an illustration for the 1001 Knights Anthology!  This is a collection of art, comics, and stories about knights, and thus perfect for my interests.  Here I will go into some of my process for creating my illustration.

I started with a thumbnail.  This is the basic idea, Nwain traveling from a sunny clearing into a darker place.  A vague sense of the picture had been bouncing in my head for months. It was nice to have an opportunity to pull it out.

I knew I wanted to include a short poem with the illustration. The text had to be incorporated into the composition at the beginning.  I wasn’t absolutely certain how long the poem would be, so I made a guess.

Before going further, I checked the “safe zone” for the eventual printed page, and adjusted accordingly.  Then I changed the scene to include the cave as a framing element.  I kept the trees, reflection, and pose, as they’re the essence of the original idea.  The addition of the cave helps to emphasize this transitional space between light and dark.

Generally, I like to draw lines before diving into painting.  It helps me plan the compositional structure.  In the second picture, the red lines show what I’m thinking.  The cave helps lead the eye to Nwain with a golden spiral, which is continued by Shade’s horns and Nwain’s arm.  The cave opening has a slightly rectangular shape, which meets the smaller rectangle formed by the cave, the cave’s reflection, and the poem.  The vertical lines of the trees contrast with the roundness of the cave opening.  One tree aligns with the poem, again helping to anchor it in the composition.  Nwain looks at the poem, too, connecting it with her thoughts.

Now it’s time to start painting.  This is a rough stage where I’m primarily checking out the values (or the play of light and dark).   It’s a mostly dark picture, using white and light gray to show Nwain and Shade in near silhouette.  There are essentially two “places” in this picture, outside and inside, light and dark, with a small realm of medium light levels at the cusp of the cave.

Many hours and photoshop layers later, and here’s the final painting, complete with poem!  Hooray!

Go to the 1001 Knights Kickstarter and back the anthology!  It’s full of hundreds more works by knight enthusiasts from around the world.

Chapter 3 starts!  Read the comic (and view animations) at Nwain.com

Read the pages on the Nwain website to view the animations.

I put together these images to advertise my Patreon pledge drive for my animated comic, Nwain: The Knight Who Wandered Dream.